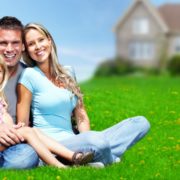 Airbnb has become a central player in the sharing economy in the last decade. While its usage has presented opportunities to ease the financial burden of a mortgage, there are legal implications that hosts of strata-titled properties should be aware of.

In this case, Ms Estens took the owner corporation of her apartment building to NCAT after it passed a by-law which prohibited short term letting as a result of a complaint by one of Ms Estens’ neighbours about the conduct of Ms Estens’ Airbnb guests.

Ms Estens argued that the by-law was invalid because it prohibited or restricted the dealing of a lot or transfer, lease, mortgage and infringed section 139(2) of the Strata Schemes Management Act 2015 (NSW) (SSMA).

NCAT concluded that an Airbnb letting constituted a tenancy or lease as it had specific commencement and end dates and gave the tenant exclusive use of the property. It found that the by-law prohibited or restricted the dealing of a lease and was therefore invalid by reason of section 139(2) of the SSMA.

This decision seems in conflict with that of the Western Australian Supreme Court in Byrne v The Owners of Ceresa River Apartments Strata Plan 55597 [2017] WASCA 104, which had considered the WA equivalent of section 139(2) yet upheld a by-law prohibiting short term letting. However, it is consistent with the decision of Owners Corporation PS 501391P v Balcombe [2016] VSC 384, in which the

Supreme Court of Victoria found that owner corporations did not have authority to ban short term letting.

In Queensland, strata property is governed by the Body Corporate and Community Management Act 1997. However, there have been no cases which deal directly with Airbnb and strata property.

What arises out of the above cases is that there is currently no uniform approach across the country as to whether owners of strata property can rent out their homes on Airbnb, if in contravention of a strata by-law.

It seems that the wording of the by-law might be important in deciding whether it infringes the equivalent section 139(2) provisions in the various state legislations that deal with strata property.

It is suggested that owners of strata property review their Body Corporate by-laws before renting out their homes on Airbnb to ensure that they comply with any legal obligations.