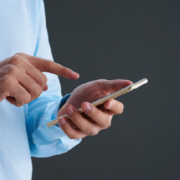 Nobody likes checking documents with a fine-tooth comb, but being careful with your mobile phone contract can save you some expensive mistakes.

We all know we should read the small print before signing anything, but who does? We just want it now!!!

As part of an April Fools Prank in 2010, game retailer Gamestation once inserted a new clause in its terms and conditions requiring customers to sign away their souls.

It demanded: “By placing an order via this website… you agree to grant us a non-transferable option to claim, for now and for ever more, your immortal soul, and any claim you may have on it, within five working days of receiving written notification from gamesation.co.uk or one of its duly authorised minions.”

All customers had to do, was just opt out by clicking on a link, only 12 percent were observant enough to do so.

Some Governments have considered regulation over the use of small print in contracts by stipulating a minimum font size and basic level of intelligibility.

However, this may well end up extending only to consumers and explicitly excluding business contracts.

So what are the most common hidden dangers that can lurk in a mobile phone contract?

Can you understand the contract?

The biggest danger by far is it being unintelligible to begin with. Contracts are often mired in such extreme legalese that it’s impossible for the layman to make head or tail of them. Sheer length can also grind you down, so that your eyes glaze over and nothing actually sinks in. A company with nothing to hide should minimise both these problems, using language that’s as clear and concise as possible.

Check the trial period of a plan – some may be shorter than you expect – the notice period, and whether the contract will automatically roll over when it ends. Check how much you’ll pay if you go over your allowances for calls, texts and data…a “bigger” deal may well work out much cheaper in the long run. And be wary of ‘fair usage’ clauses…your idea of what’s reasonable may be very different from that of your provider.

Can the provider change it without notice?

It also makes sense to be particularly careful when checking what the mobile phone contract allows the carrier to do. Some are written in such a way as to allow it to change just about anything…including monthly payments…with little or no advance notice. Sometimes, customers find that an add-on service…maybe even one that’s vital for their business…can be cancelled. Check for late payment fees and unexpected surcharges as well.

What rights do you have?

Look beyond the cost. See what level of service and support you can count on. It’s not uncommon, for example, to find clauses designed to get the seller out of replacing faulty items, or to give unreasonably short time limits for the return of goods.

Above all, read everything carefully – however long it takes – and ask for an explanation for anything you don’t understand. After all, your immortal soul could be at stake… 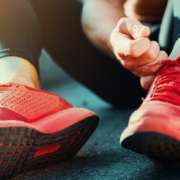 Some employers would say yes, but the experts agree that you can’t supplement a poor work culture with employee benefits.

If your culture is one where employees feel valued, supported, they have room to grow and are remunerated fairly…employee benefits can definitely give you an edge on employee retention.

If you align the benefits to increasing the health and the well-being of your employees, it’s a win/win for everyone.

Some popular employee benefits, which can contribute to good physical and mental health include:

If your workplace has enough flexibility so employees don’t feel overwhelmed with life outside work, productivity is significantly increased.

The modern day successful workplace is a two way street. Happy employees always give 110% especially when they feel supported by the business they work for. 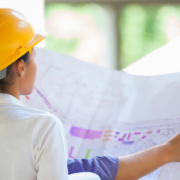 The Labour Hire Licensing Act 2017 (Qld), which commenced on 16 April 2018, aims to protect workers from exploitation by providers of labour hire services and to promote the integrity of the labour hire industry through a licensing scheme.

The Act will apply to those who, as part of carrying on a business, hire out workers to another person or business, such as organisations that provide apprentices and temporary staff.

Some of the key features of the Act include:

A person may be seen as not fit and proper and therefore refused a licence if they have been convicted of a serious criminal offence, have been a bankrupt or disqualified from holding a directorship in a company or is under the control or influence of another person who is not fit and proper to provide the labour hire services.

The scheme will be regulated and managed by the Labour Hire Licensing Compliance Unit.

The expectation is that by 15 June 2018, anyone who provides labour hire services in Queensland must either have a licence or have submitted one. Licences are renewed annually and carry with it a licensing fee based on the amount of wages paid by the business.

If you are unsure whether your business will require a license or would like more information about the Act, please visit www.labourhire.qld.gov.au. 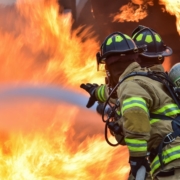 Winter has arrived and with it, an increased risk of house fire.

Queensland Fire and Emergency Services have issued a warning and reminder to residents to re-check their heating devices and keep flammable items well clear of fires and/or electric heaters.

Queensland Fire and Emergency Services department said the key triggers for house fires in winter were heaters, electric blankets and fireplaces and flues.

Common causes of fire include frayed cords or exposed wires on electrical appliances, clothing and other items being left on or too close to heaters, embers rolling or sitting from fireplaces, flues becoming blocked and causing heat to build up, and battery chargers overheating.

“There are a lot of simple steps residents can take to limit the chance of a house fire, including turning off electrical appliances when they’re not in use.”

QFES also warned that outdoor heating equipment is designed specifically for use outside, in open, aired spaces and should never be brought inside to warm your home.

To get a home and contents insurance quote or to review your cover, call Piranha Insurance 4927 8400 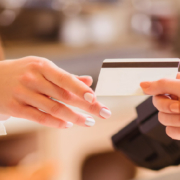 A ‘Cashless Society’ describes an economic state whereby Financial Transactions are not conducted with money in the forms of physical banknotes or coins, but rather through the transfer of digital information (usually an electronic representation of money) between the ‘transacting parties’. Cashless societies have existed, based on barter and other methods of exchange.

Cashless transactions have also become possible using many different forms of ‘crypto currencies’ such as ‘Bitcoin’. A ‘Crypto Currency’ is described by Wikipedia as ‘a controversial digital asset designed to work as a medium of exchange that uses cryptography to secure its transactions to control the creation of additional units and to verify the transfer or assets.’ Depending on whom you listen to and believe ‘Crypto Currencies’ may just be ‘the next big thing’ or a ‘total fraud’.

Using the example of ‘Bitcoin’ whilst there are many examples of individuals who’ve invested and made strong returns in relatively short periods of time there appear to be many strange terminologies used and old adage of ‘If it’s too good to be true…’ may just apply.

Like an investment, a sound knowledge of both the product and the market allow better opportunities to obtain strong returns on capital. Whilst there have been many articles and lots of discussions regarding these relatively new products they haven’t been around long enough to make a truly informed assessment. There has also been a great deal of negative press that have surrounded many of these new markets. ‘Ponzi Scheme’ along with other negative names have been used to describe these new markets.

Further, as these products are delivered on electronic platforms across many country borders, consideration should be given to the Legal and Taxation framework and jurisdictions that exist where the transaction will occur.

Not dissimilar to any new or emerging products and markets, the more research and advice from professionals will allow you, as an Investor, the best opportunity for success.

Once again, the Greek saying that translates to ‘Let the buyer beware’ should raise the appropriate alerts.