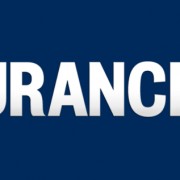 Claims from Cyclone Marcia’s recent battering of Central Queensland have soared after business owners started counting the cost of the damage, with about 30,000 claims lodged so far.

Insurance Council of Australia (ICA) CEO Rob Whelan says that the continuing rise in commercial claims over the past two and a half weeks was to be expected following such abrupt devastation, with total claims now sitting at around $400 million.

“These business claims are for a wide range of cyclone-related losses, from property and vehicle damage to business interruption. Many of these cases are quite complex,” Whelan says.

A large portion of property damage has been attributed to older buildings with poor resilience. However, Whelan says: “Most insured properties will be rebuilt or repaired to today’s cyclone building standards, which will ensure they have greater resilience to cyclones that may affect the region in the future.”

The forums aim to foster resilience and sustainable recovery within communities, covering key aspects of recovery processes and offering policyholders an opportunity to discuss options with insurance professionals.

“Any community involvement that can promote better understanding of the rights of the consumer, I think is vital,” Pierano says.

“It is part of our charter as brokers to be community citizens.”

Regarding the response made by insurance companies in the wake of Tropical Cyclone Marcia, Pierano says: “I think they are doing a wonderful job, I really mean that. They are trying to get money out as quickly as can be. The overriding factor is that there are just so many claims, and we are trying to prioritise them.”

Insurance forums will be held in Yeppoon and Rockhampton this week.

Cyclone Nathan is expected to hit far-north Queensland later this week, with the Bureau of Meteorology issuing a cyclone watch zone for Cape Melville and Cardwell.

Forecasters have recommended that communities in the area brace for what is predicted to be a category 3 storm. 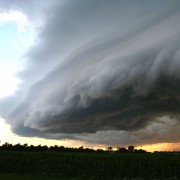 Cyclone Marcia in Queensland has so far prompted more than 5000 claims from car and property-owners, according to the Insurance Council of Australia (ICA) today.

By 1pm, ICA had estimated reserved losses at $33 million.

The Category 5 storm mainly hit the coastal towns of Yeppoon and Rockhampton on Friday, causing floods and cutting power and water supplies.

About 90% of claims are for property damage caused by heavy rain and high winds. When Marcia hit Yeppoon its winds reached 285kmh, according to media reports.

“I am 61 and I have never seen anything like this here,” Peter Peirano from Piranha Insurance Brokers in Rockhampton told insuranceNEWS.com.au.

“Rolladoors have blown out everywhere,” he said.

Mr Peirano had to get an electricity generator sent from Townsville to reopen his brokerage and process claims.

Many claims are for homes built before cyclone-proof building regulations took effect in 1985. “Most damage to houses has been done by trees.”

Suncorp has received 1500 claims, with more than 90% for home damage, spokesman Joshua Cooney says. “Our initial assessment is a combination of destructive winds, fallen trees, flying debris and flooding have caused the majority of damage to homes and motor vehicles in affected areas.

“We’ll be deploying a team of our most experienced insurance assessors once authorities give us the all-clear.”

“Based on requests made, we have already allocated more than 250 make-safe works in the Yeppoon-Rockhampton area alone,” Mr Cooney said.

IAG says it received 700 claims by Sunday afternoon and 90% relate to damage in Queensland and northern NSW.

In the Rockhampton area it has deployed two “major event rapid-response vehicles” to speed claims processing.

“We anticipate claim numbers will increase as people return to their homes and businesses, and we will provide an estimate of the financial impact as soon as we are in a position to do so,” IAG MD and CEO Mike Wilkins said.

IAG renewed its property catastrophe reinsurance protections in January, and its current maximum event retention is $250 million. Its natural peril allowance for the year to June 30 is $700 million.

ICA declared a catastrophe on Friday for parts of central Queensland affected by TC Marcia, and has staff in Yeppoon and Rockhampton working with emergency services and government agencies.

CEO Rob Whelan says insurers will prioritise all claims from the cyclone.

State Premier Annastacia Palaszczuk says damage is widespread, with the worst-affected areas of Rockhampton and Yeppoon still without power today.

The State Government has received assessments of more than 1500 houses with some kind of structural damage. In Yeppoon and Rockhampton about 100 were severely hit, with residents unable to return home.

Nikki Chambers, Hazard Scientist at risk modeller RMS, says winds of 180kmh caused significant damage in Yeppoon and Rockhampton. “Marcia is reported to be the southernmost landfalling Category 5 cyclone on the east coast on record.”

Meanwhile, Cyclone Lam, which hit Elcho Island off the NT coast on Friday, damaged homes with winds of about 230kmh. Power was cut to the Aboriginal community of 2000 people.

John Lewis from AIB Insurance Brokers – based in Maroochydore but with an extensive client base in the Northern Territory – told insuranceNEWS.com.au no claims have been received so far following Lam, a category 4 cyclone.