Keleher was automatically seeded into the 2020 Australian Championships at Kurri Kurri, after moving to Mildura and racing regularly in both state and local competitions.

He has one more race to go before the titles kick off on 4th January 2020. Keleher will race in the Phil Crump Invitational at Mildura on the 29th December.

Business owners Heather and Peter Peirano recently caught up with Zane before his next meet and paid the bill for new tyres.

“Zane Keleher is a great example and inspiration to young speedway riders in Rockhampton.  We are so proud to sponsor him and hope the new tyres we’ve bought him will help his campaign to make the podium at the Aussie Champs and the upcoming invitational,” Heather said.

Zane came 1st in the Handlebar Heroes Speedway Bike Spectacular held in Rockhampton in July and  2nd in the Victorian and South Australian State Titles. In the last Australian Championships (January 2019) he placed 14th and this year he will be looking to get onto the podium.

In November the young racing enthusiast competed in the inaugural FIM Oceania Speedway Championships and placed 9th in a field of nine Australians and seven internationals.

Zane had hoped for a better result but was knocked out early, making him hungry for success in the Australian Championships in January.

“Living in Mildura has been the best thing I’ve done this year and the results are showing,” Zane said.

“I can’t wait to start the Aussies and show southerners the back of me.” 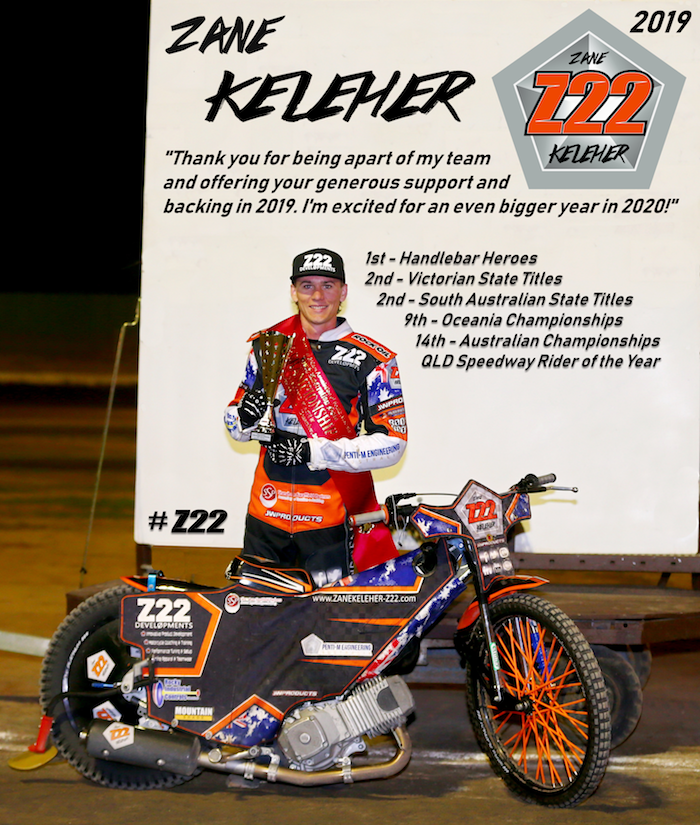