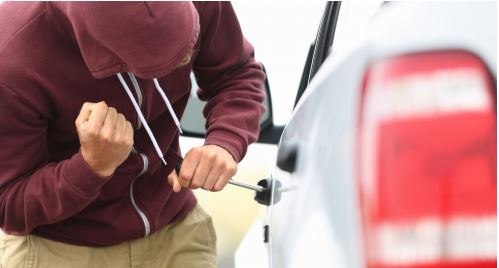 If car owners think the improved security now fitted to most new vehicles has forced car thieves to move on to easier targets, think again! Empirical evidence suggest that they are now just targeting older model vehicles, but car thefts are not reducing.

In the worst-performing state, Victoria, motor thefts rose by 25 per cent, while Queensland was up 19 per cent and South Australia 10 per cent. All other states and territories recorded decreases.

Three-quarters of stolen vehicles were taken from outbuildings, such as garages and carports, or residential land, including driveways and streets.

Four of the top 10 hot spots in Australia were in Queensland, with Brisbane City, Gold Coast, Logan and Townsville named as Queensland’s danger zones.

It’s important to be vigilant and take preventive measures to reduce the chances of vehicle loss. This includes ensuring your vehicle is locked and parked in a safe area and making sure you have placed your keys in a safe place.

The car makes most susceptible for theft were the Nissan Pulsar 1995-2000 models (932 stolen in the year), Holden’s VE Commodore 2006-13 (860) and Toyota Hilux 2005-2011 (759).
Also remember, one way to avoid a dispute with the insurance company as to the value of a stolen vehicle is to look at insuring the vehicle for Agreed Value at the time the insurance is arranged. We can assist with answering any questions or queries you have regarding your car policy

General Disclaimer: The information on this website is to be regarded as general advice. Your personal objectives, needs and financial circumstances were not taken into account when preparing this website content. We recommend that you consider the suitability of this general advice, in respect of your objectives, financial situation and needs before acting on it. You should obtain and consider the relevant product disclosure